I need to tell you about Mae

**Disclaimer: This is a really long post… ridiculously so. I came across a really awful comment on youtube and had the sudden urge to write about this mind-blowing woman I know as Mae. And so I did, and then it got quite out of hand and turned into quite a few words. I haven’t got the heart to change this, I wrote in a frenzy and I can never change anything I’ve written in a frenzy. **

I came across Mae after a tumbling course of events. The gist is; I got lost on a mountain in the north of Laos back in 2012, my bike ran out of petrol, I’d gone a little mental after being alone for too long, I chose to turn down an animal track and rolled/tumbled down the mountain for about 6 km. I ended up by a river surrounded by jungle-like vegetation… In exhaustion I had slumped on the ground waiting for an idea to spring to mind. Nothing, I couldn’t think of a single way to get out. By dusk I heard singing and a small man in a canoe like vessel approached. Happily I hopped in his tiny boat and we immediately started paddling upstream for what I believed was going to be about 10 minutes (I think I just told myself this to justify getting in the boat) but it turned out to be an 11 hour journey.

She caught my eye immediately, standing on a hill overlooking the riverbank with a menacing looking stick in one hand. She was the only person that didn’t ambush the canoe as we approached the riverbank. The scrawny people were silent but intense, they had the boat surrounded and stared wide eyed at the blonde white girl (me, obviously). I felt nauseous after the most exhausting night of my life, every muscle in my body ached and the blisters in my hands had already formed, I thought I was going to pass out right there and then. As everything became blurry I looked up at the hill, at her. In one swift motion she brought down the stick with the force of a jackhammer, the thud produced by stick on packed dirt echoed throughout the valley and the people immediately scattered, revealing a path up to the mud huts on the hill. I was petrified, yet I couldn’t take my eyes off her. The dust swirled around her feet as she turned and disappeared.

I was taken to what the Laotians call a pho-ban, a chief I suppose. Again, the silence scared me most. I thought of universal gestures and guessed that a present my soften his stone-cold attitude, although my offering of nuts provoked no emotion on his part and a sense of loss on my part. Time passed and in the end it became obvious that he was looking at someone else, in-fact everyone was glancing at someone behind me. I turned around and looked straight into the eyes of the woman with the stick.

It became increasingly obvious to me that she expected something of me, so I walked over to her. Even thought she was the one that was a head shorter than me, I was the one that felt two inches tall. I can not begin to explain how long we stood there, motionless, silent. She grabbed me by the elbows and shook me, if someone had implied that a person of such small frame could be so strong I would have laughed at them, but I wasn’t laughing as my feet nearly left the ground. She thuggishly slapped my shoulder as she burst out laughing, revealing three teeth and bright red gums, and suddenly I found myself in the midst of two dozen Laotians cheering and dancing. To this day I have no idea what any of this was about.

I came to call stick-woman Mae; mother in Laotian. She was forceful but caring and kept a close eye on me as I tried to settle down the first day. The same evening there seemed to be some sort of party in my honour and the villagers were insistent on all sharing a shot with me (of whatever fermented concussion they brewed). She sat beside me the whole evening and kindly patted my arm as I hesitantly tried to turn down their offerings. By the end of it my knees were weak, I hardly had the chance to try and straighten up before I found myself hanging over her bony shoulder. She could at most have weighed 40 kg, yet I didn’t hear her puff once under my weight. She even carried me over a fence.

The following morning the pho-ban woke the village up by yelling and stomping his feet. I could tell that we had only slept for a few hours, but Mae was imminent that I get off the wooden floor immediately and join her for the simple breakfast of eggs and dried fish. We ate quickly, her fingers mechanically picking everything off the tiny river fish as I nearly choked on bones. I coughed and she would slap my back; thump and my face would nearly hit the ground.

In what I could best describe as a joint courtyard people waited and happily greeted us as we stepped out the mud hut. Most were women — their men stood leaning in doorways, some with a baby in a sling resting by their chests. They slapped each other goodbye and off we went. I came to learn that we were sent off to work, and that Mae was the task manager. She would ask everyone a question and they answered with one sentence, the process would take merely a few minutes, and then she divided them all and sent them off in separate directions. I was in Mae’s group, our task seemed to be redirecting water from a nearby stream into the village.

Mae was a perfectionist and watching her work was a joy. She micromanaged me at every turn, but she seemed to trust the others with the tasks they’d been given. I measured the width of bamboo, she showed me how to do it with the back of my hand. It was important that I not measure with the front of my hand, she tried to explain why but I was dumbfounded and she couldn’t really explain in gestures. I merely did as I was told.

She ruled her workers with a gentle touch and kind words (I think). When they made mistakes, she would burst out laughing and cheerfully slap them before proceeding to attempt a fix. Her workers never tried to brush their mishaps under the mat, they immediately called out for her. It was obvious that they respected her deeply. I would guess that her position was appointed by merit.

Mae was an engineer. Even thought she didn’t know it herself, she was the pure definition of an engineer. She applied knowledge and ingenuity to develop solutions for problems. She solved all sorts of problems; she fixed people houses, came up with an automatic fishing catching device, solved the mystery that was redirecting water straight into the village. And it’s not like she would implement some half hearted solution that “worked”. She would think. Then she would implement, and then she would think of something better and so it went before she’d iterated enough times for the solution to be satisfactory.

She was an engineer with the strength of an ox and an abundant source of kindness. Her voice had the effect of setting everyone into silence. Every villager always wanted to hear what Mae had to say. It wasn’t as if she spoke loudly, quite the opposite, she would croak softly, her wide smile making her whole face crinkle.

I wondered how it would have gone for Mae in our society, would she have taken the position she so obviously was made for? I’m afraid of the answer to that question. I wonder what would have happened if Mae had been indoctrinated with the prejudice many of us have heard throughout our lives, if she would have been hesitant to pursue what she loved most. If she’d even know of her talent.

I think of Mae from time to time, wondering about her latest projects. Mostly I draw inspiration from her, I think of her unexplainable physical strength, her beautiful mind, her kindness and her confidence. When I grow up (like properly) I’ll be so proud if I can be at least half the woman Mae is.

Apart from the fascinating story about Mae, you seem to have seen more than most people do in a lifetime. I look forward to reading more about your adventures! How did you end up in Laos from the beginning?

Too kind!
Well, the story goes that I was in Hanoi (Vietnam) bored out of my wits. I fell in love with what the vietnamese call “the buffalo”, an old Belarusian motorbike that were pretty much the only vehicles that could get around during the Vietnam war. Long story short; I crossed over from Vietnam to Laos and got mind-blowingly lost (it’s hilarious to look at where I thought I was and the region I turned out to be in) and well I ended up at this tiny village I described above and had a fantastic time!

I am so proud of my amazing daughter Evita. Doesn’t she write brilliantly, bringing this woman, Mae right into your living room?
I mean, bringing the whole scene to life, the details, the journey, everything. I have heard about this woman and the whole episode before, but now I really understand it. Well done my love. Wonderful.

[…] next April, of speaking to people that lived life so completely differently… I met people like Mae, I met some of my most epic friends to date, I climbed mountains, I drove motorbikes, I hitchhiked, […] 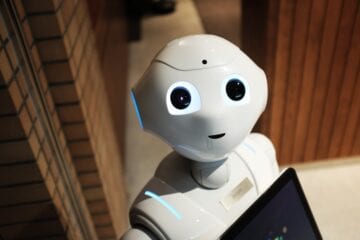 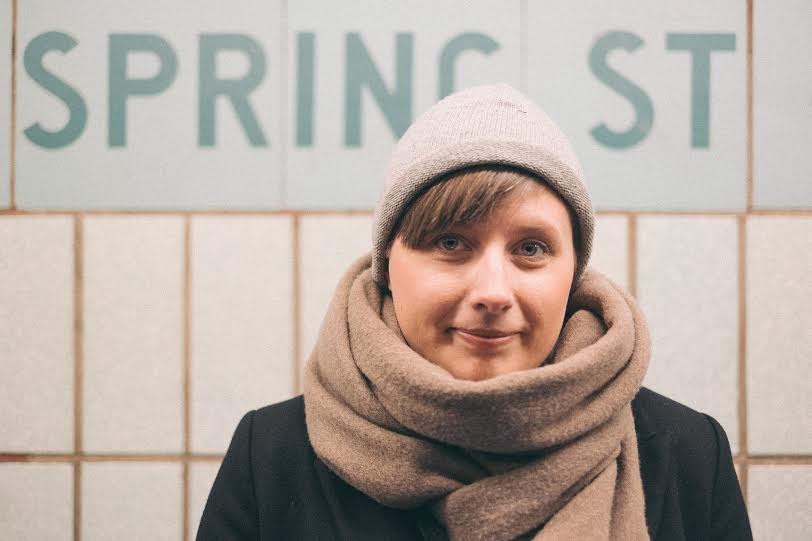