Published by womengineer on October 17, 2015

(For those of you who don’t speak geek: time.zip == compressing time)

Chaos is what best describes the days after dad was hospitalised. When every hour of the day is set aside for a certain purpose and then that plan is uprooted… well chaos.

I’m amidst trying to impress my professors, trying to get ahead on pure knowledge acquirement, trying to lay the foundation for my up and coming extremely exciting research project, preparing for an interview with my dream company – and then the world is turned up side down and none of that seems to matter for a week and a half. And then everything’s supposedly back to normal and there’s little to no cushioning for the aftermaths. There’s time like these that I wish there was a paus button for life.

And so we must either drop things or juggle faster. Well, I’ve juggled faster. Maybe not according to you guys as I’ve done an infamous Evita and neglected the blog yet again; but for school and interviewing I’ve gone pro.

In this post I’ll let you in on some of the apps, productivity ideas and tools I use on a daily basis to try and crawl atop the ever-growing mountain of things to get done. 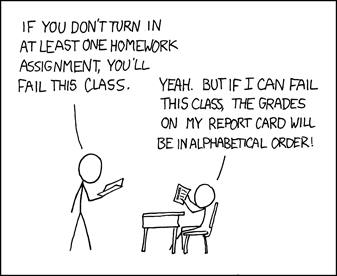 Prioritisation.  First and foremost what’s the most urgent must always be pinpointed, as a Swede you can read the other fantastic posts on prioritising: https://womengineer.org/tag/prioritera/ and as non-swedish speaking individual… well, just order stuff on importance. How you’re supposed to do that depends on you; is the cleanliness of your apartment more important than the midnight deadline? How much can you get away with for a coming assignment, is it worth doing a half decent job in favour of doing an A+ job on something else? Only you know what means most to you and that’s what’s going to get you to prioritise. Don’t do the mistake of not prioritising and thinking that it will all sort itself out as long as you’re doing something, that decision will come back and smack you in the face. Believe me.

Scheduling goes hand in hand with prioritisation. After you’ve sifted through the dump life shovelled atop of you, you have to decide when to do the things. The easiest thing to do is probably to get up in the morning and just sit down at your desk and get on with it – which I’m sure everyone else has as much trouble as I do with. a futuristic habit builder. Fabulous will let you in on tips on how to “supercharge life” (or just be Fabulous as they say), great stuff – does it work? Yeah!!! What Fabulous will do is help you pick out some habits to do in the morning/afternoon/evening. When your alarm goes off it might start you off with something super simple – say drink water. Now the effect this has on me is that I sit up and chug down a load of water – instead of clicking the snooze button. That in itself makes the app worth while to me, but the extended functionality is that you can add anything to this morning list. So what I’d add here is prioritising and scheduling. Hopefully you’ll do a long term prioritisation the good old fashioned way with a pen and paper (or maybe Evernote) and the app will help you with the short term prioritisation. It’s a nice compromise – you get to stay in bed for an extra 5-10 minutes while you plan out your day in your mind or scribble it down. When you get out of bed you’ll be in the mindset to get sh*t done.

We’re in a knowledge and intellect first field as engineers, and sometimes being productive means looking for information for hours on end, which doesn’t actively get you closer to completing your task but at least gives you the means of completing a task. It’s not like your going into a kitchen and following a set of steps and there’ll be an outcome in form of a more or less fluffy cake… or diving into your inbox and sifting through endless emails. These are tasks that must be done in a pretty much set manner. We have to create the outcome, and that takes creativity and original thinking.

Habitica (former HabitRPG) for the unmotivated. When we can’t see the point in doing things, or can see the point but are just way too overwhelmed, a little motivation in the form of a 8 bit avatar might be the solution. Or not for some of you. I think it’s kind of cool, sure it’s a geek vibe to the whole thing but it’s a nice twist to the conventional to-do lists. Basically you have three different boards; habits, dailies and to-do’s. So on a habit you’d have habits that you want to either enforce or get rid of. I have things like “Do 3 Sun Salutations” as one, and when I’ve done one of those I can click a “+” indicating that I’m enforcing the habit. By doing so I get fake money, coins, to trade with in the game. For the money I can buy weapons and shields for my little avatar (or epic steampunk stuff that does absolutely nothing but looks amazing…). Dailies are similar but rather things that have to be completed each day, so I have for example “read Internetworking for 2 hours” as a daily. If dailies aren’t completed the big bad monster is going to give us a slap at midnight – which damages health and in worst case kills you (i.e. sets you back a level). To-do’s are one time tasks that you as the user plug in and tick off as you go along, these accumulate money and experience too. Now the cool thing is that you can set your own items to buy, so for example you can set that a longer break costs a certain amount of money etc. It’s cool! Check it out, there’s so much more to it than this!

Toggl is a time management app. So as soon as you set to working on something you set a timer and label whatever you’re doing. There’s obviously a load of ways to organise these in the form of categories (I’ve got one for each course) so the statistical overview after a week can be really interesting. When I do my 50-60+ hour work weeks it’s always due to a heavy project. If you want to take it one step further you can time yourself eat, sleep, commute… anything really, the more you time the better of an overview you’ll get after a week and the better conclusions you can deduct.

Memrise “learning, made joyful”, that’s their slogan. If you’re taking one of those courses where terminology is a huge part, or memorising definitions, or even formulas – Memrise to the rescue. I used Memrise when learning Korean and had basic Hangul down in an afternoon. It’s a great app to open when on the tube or the loo, every minute matters – right?

Tomato-timer it’s been mentioned earlier here on the blogs, it’s just one of those techniques that works. The idea is so basic you’ll wonder if there’s any point to it. I can tell you from my own experience that it’s a great technique if you just stick to the 2 main rules. Work for 25 minutes. Chill for 5. That’s all there is to it, give it a try. Now there’s a ton of apps out there, if you want to be hassled by an application (in a good way) give Pomodoro Challenge a try.

“Cool, but no thanks” – yeah yeah, I know; everybody says that. I want to whack myself round the head for only starting to use this tool now, so much time could have been saved if I’d just started using it when I first saw it. It’s insane, I go through 3 rather technical long paragraphs in under 6 seconds and I retain the content. Give it a go, I really like the Chrome plugin Spreed. Spritz own bookmark is cool too – Spritzlet. You just pull the link to your toolbar and click it when you’re on a page you’d like to spritz. Android application wise I enjoy Sprint Reader.

Now there are a load of “life” hacks you can do for productivity – meditation (this study is mind-blowing: http://news.harvard.edu/gazette/story/2011/01/eight-weeks-to-a-better-brain/), yoga, general exercising, eating certain “superfoods” and even listening to binaural beats (http://www.ncbi.nlm.nih.gov/pubmed/17309374).
Maybe I’ll touch upon those at a later date, I’ve dabbled in pretty much every category.

Do you guys use anything on a regular basis that changes how you study? Please let me and other peeps know in the comments or on Facebook!

It’s funny how life-threatening situations bring out the essence of our personalities.   [one_half] I politely asked for the ambulance to be called, pausing the clutching of my chest momentarily as I peaked into the Read more…

[one_half padding=”0 20px 0 0″]There’s been lots going on here at WE as Christmas comes racing round the corner, I hope you guys have been enjoying the advent calendar as much as I! What great content my Read more…

When decisions must be made

Pneumonia. Can you believe that after everything, I get pneumonia.  Amazingly something pretty good came out of this. After week 2 of shivers and pangs of pain my bearded man came home and exclaimed “I Read more…